In Memorium (Irrfan Khan, Jurassic World and The Amazing Spider-Man star, dies at 53) 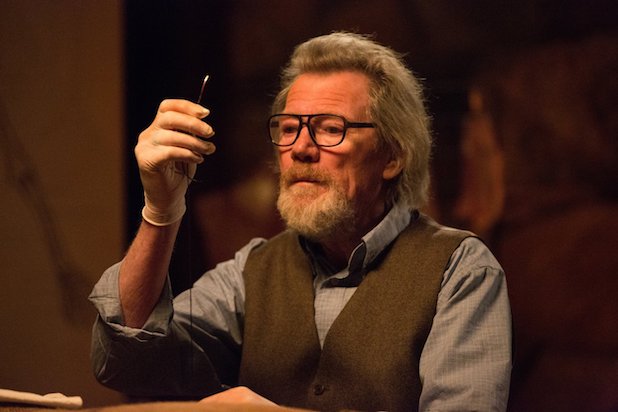 Michael Parks, veteran character actor known for his work on “Twin Peaks” and  Quentin Tarantino films including “Django Unchained” and the “Kill Bill” series, died on Tuesday, according to his agent. He was 77.

The cause of his death has not yet known.

Parks had more than 100 film and TV credits, including his portrayal of French-Canadian drug runner Jean Renault on David Lynch’s  TV series “Twin Peaks” in the early 1990s.
He became a favorite of young directors, including Tarantino, Kevin Smith and Robert Rodriguez, who cast Parks in two of his “From Dusk Till Dawn” films.

Smith, who described Parks as his “cinematic muse” and directed him in 2015’s “Red State” and 2014’s “Tusk,” broke the news on Wednesday on Instagram:

I hate to report that my cinematic muse #michaelparks has passed away. Michael was, and will likely forever remain, the best actor I’ve ever known. I wrote both #RedState and @tuskthemovie FOR Parks, I loved his acting so much. He was, hands-down, the most incredible thespian I ever had the pleasure to watch perform. And Parks brought out the absolute best in me every time he got near my set. From the moment I saw him steal the opening scene of #fromdusktildawn at an advance screening at the Sunset 5 back in the mid-90’s, I said to @samosier “Could you imagine what it must be like to work with a Yoda of acting like that guy? I gotta write for him one day.” It took me 15 years but my dream came true on Red State (for which Parks won Best Actor at the @sitgesfestival) and then again years later with #tusk. Only Michael Parks could have delivered the line “Is man indeed a walrus at heart?” and make it scary as fuck. My favorite memory of Michael is watching him and #johnnydepp act with and at each other, like a couple of dueling wizards, in their shared scene in Tusk. Parks was in Heaven that day, sharing the screen with another brilliant actor and creating an unforgettable performance. He elevated any flick or TV show he was in and elevated every director he ever acted for. I was so fucking blessed to have worked with this bonafide genius. But really, I was just lucky to have known him at all. My heart goes out to James (Michael’s son), Oriana (Michael’s wife), Quentin Tarantino (Michael’s biggest fan) and any movie or music lover who was ever dazzled by the talents of Michael Parks. Farewell, old friend. I’ll see you farther along… #KevinSmith #actor #genius #rip #walrusyes

Parks was born in Corona, California, the son of a baseball player. He is survived by his wife, Oriana, and his son, James Parks, who is also an actor and appeared in some of the same films as his father.

Parks got his start on the early 1960s ABC sitcom “The Real McCoys.” His early acting credits also include “Perry Mason,” and two NBC series: “Sam Benedict” and “The Eleventh Hour.”

Parks was also a singer, putting out multiple recordings from 1969 through 2011.