Has Kevin mentioned the casting of Chris Jericho in this flick? I came across this on Jericho's feed. 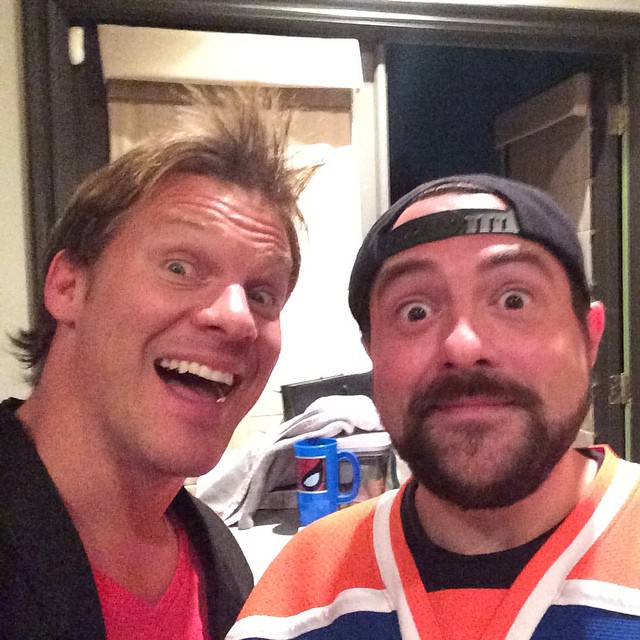 Well that’s a wrap! To say it’s an honor and a bucket list event to be a part of the hilarious new @jayandsilentbob flick #JayAndSilentBobReboot would be the underestimate of a lifetime! Thx to @thatkevinsmith & @jordanmonsanto for casting me in 2 AMAZING parts in 2 different movies in less than 7 months, (and dousing me in 2 separate disgusting substances in each) and for finally assembling the #Y2JayAndSilentBob lineup I’ve been dreaming about since I rented #Mallrats at #BlockbusterVideo 24 years ago! (Plus @jasonmewes was even cooler than i knew he would be! Btw...Did I win #FiveDollarFriday, Mewes??) #CanYouDigIt #HaterTots 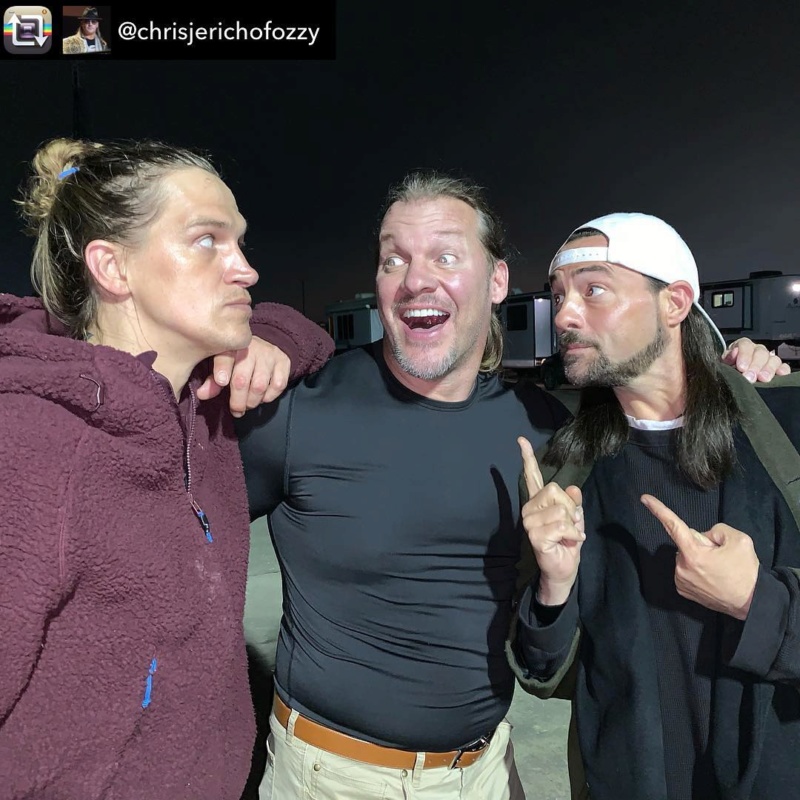 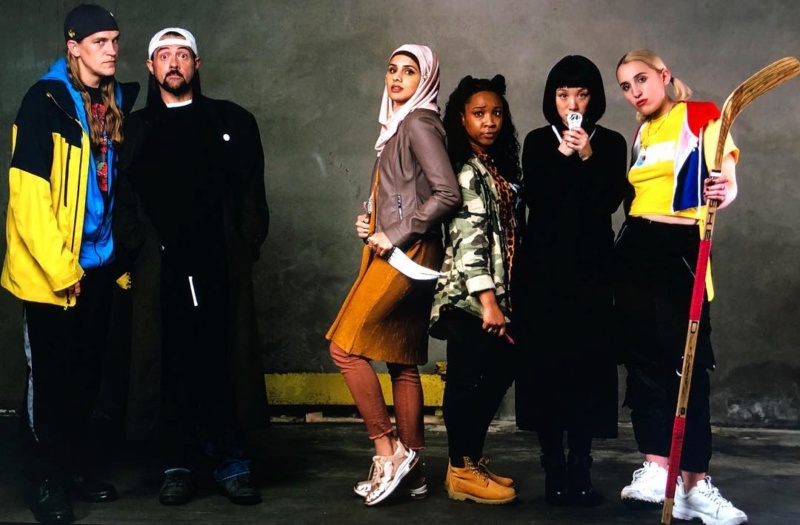 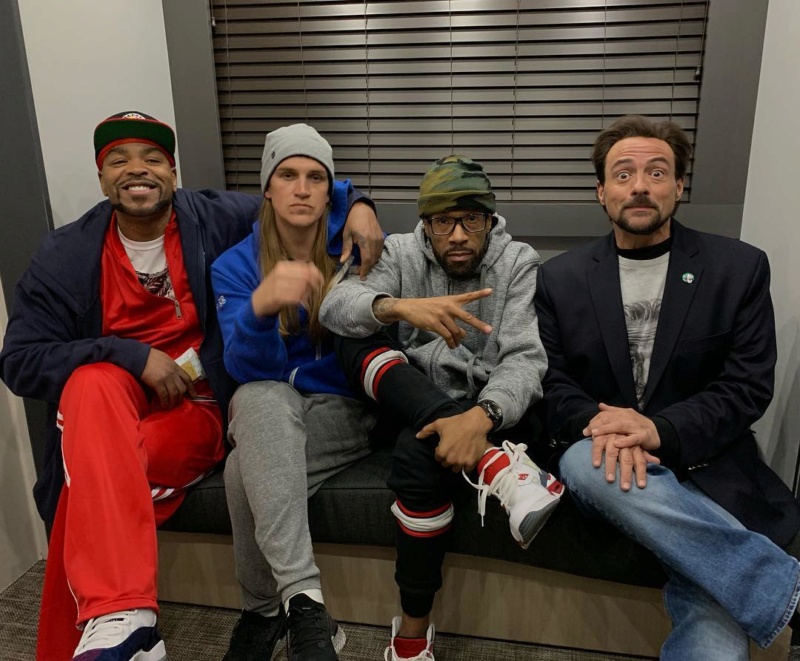 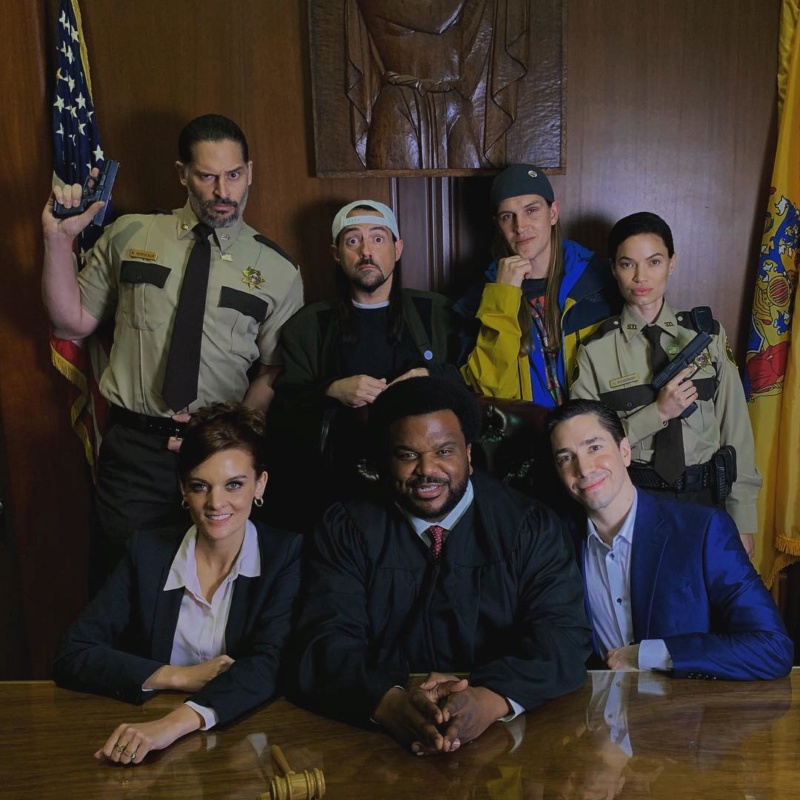 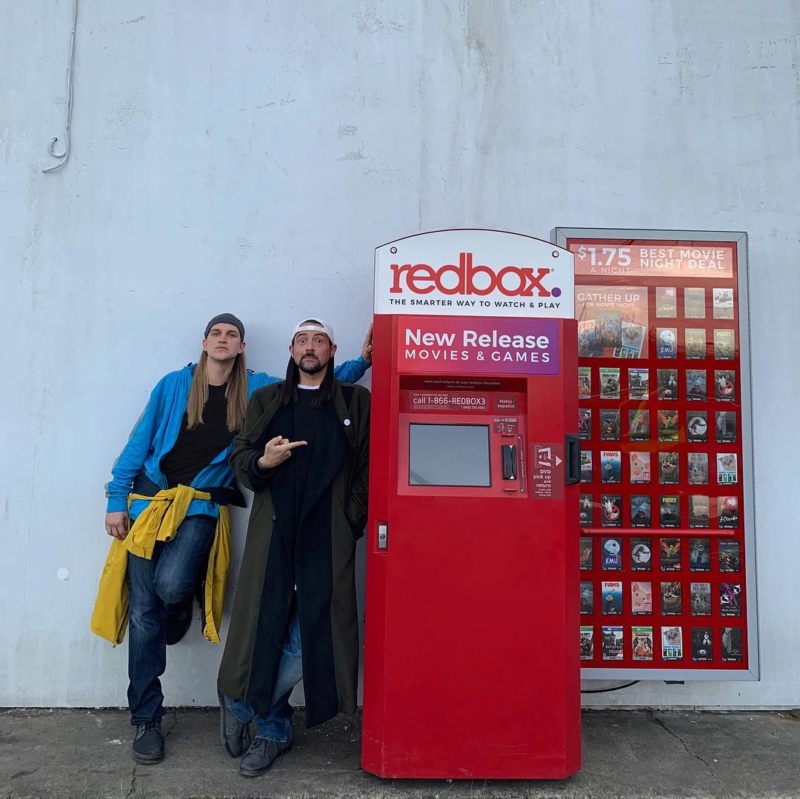 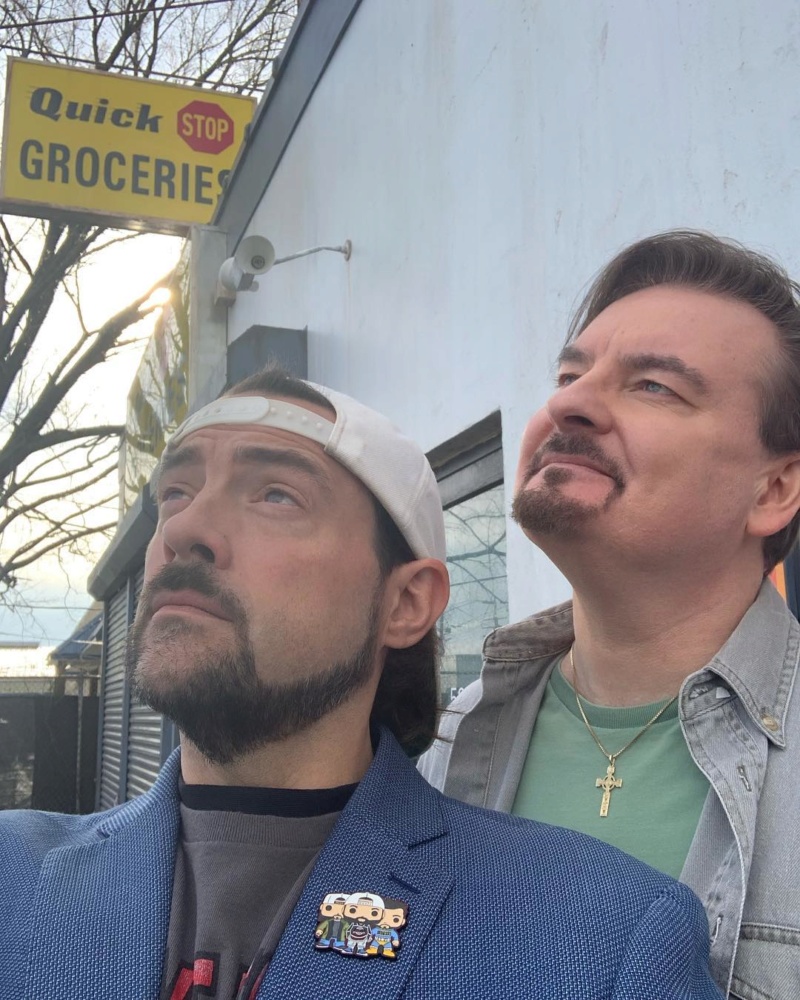 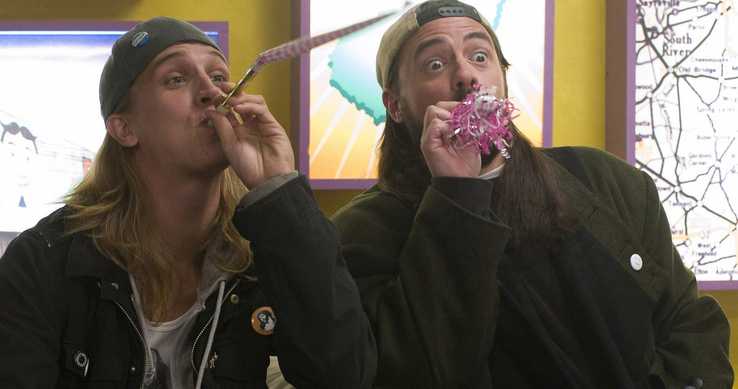 Kevin Smith has confirmed that work is finally underway for the Jay & Silent Bob Reboot. The writer/director/actor shared a social media post on New Year's Day revealing that he, Jason Mewes, and Jordan Monsanto (Mewes' wife) had started the pre-production process, which is exciting news. In an interview from November, Mewes indicated that the pre-production was supposed to start this month, but nothing was concrete at that time. However, everything seems to be going according to plan. Smith had this to say.

"Spent the first day of 2019 having a Jay & Silent Bob Reboot pre-pre-production meeting at our holiday-roomy We Work office! Jason Mewes took this pic of me and Jordan Monsanto to both mark the moment and to document that we were the only dopes in Hollywood working on the holiday."

Kevin Smith first announced the Jay & Silent Bob Reboot back in August of 2017, but the project has hit some snags since then, most notably when Smith suffered a near-fatal heart attack early last year. Smith has since made a full recovery and has lost over 50 pounds in the process, which means there probably won't be any weight jokes thrown in Silent Bob's direction this time around, unless they're skinny jokes. Jason Mewes has said that his Jay character along with Smith's Silent Bob will be "more mature" in the reboot.

As for when the Jay & Silent Bob Reboot will begin filming, it's believed that shooting will begin next month in New Orleans. Jason Mewes revealed that bit of information back in November along with the pre-production news, so it appears that everything is moving ahead. The actor also revealed that they had secured the funding to make the reboot, so money shouldn't be a problem.

It's unclear who else will star in the Jay & Silent Bob Reboot except for Jason Mewes, Kevin Smith, and some actors from The CW's The Flash including, Grant Gustin, Tom Cavanagh, and Carlos Ramon, who will have cameos. As for the rest of the team, it's unknown at this time. But, one can imagine that Smith will be able to get some actors to return to the franchise like Ben Affleck, Joey Adams, Jason Lee, Brian O'Halloran, Ethan Suplee, and hopefully some more. We'll just have to wait and see.

The Jay & Silent Bob Reboot is still in the very early stages of production, so anything can happen at this time, but we're all hoping that everything comes together this time around and the movie ends up starting the filming process next month. It's been a long time since we've seen Jay and Silent Bob on the big screen, and the world is a much different place now, leaving a whole new generation to poke fun at through Kevin Smith's unique lens. You can check out the official Jay & Silent Bob Reboot announcement below, thanks to Kevin Smith's Twitter account.

Spent the first day of 2019 having a #JayAndSilentBobReboot pre-pre-production meeting at our holiday-roomy @WeWork office! @JayMewes took this pic of me and @JordanMonsanto to both mark the moment and to document that we were the only dopes in Hollywood working on the holiday. pic.twitter.com/xTNrpN6OF6
— KevinSmith (@ThatKevinSmith) January 2, 2019 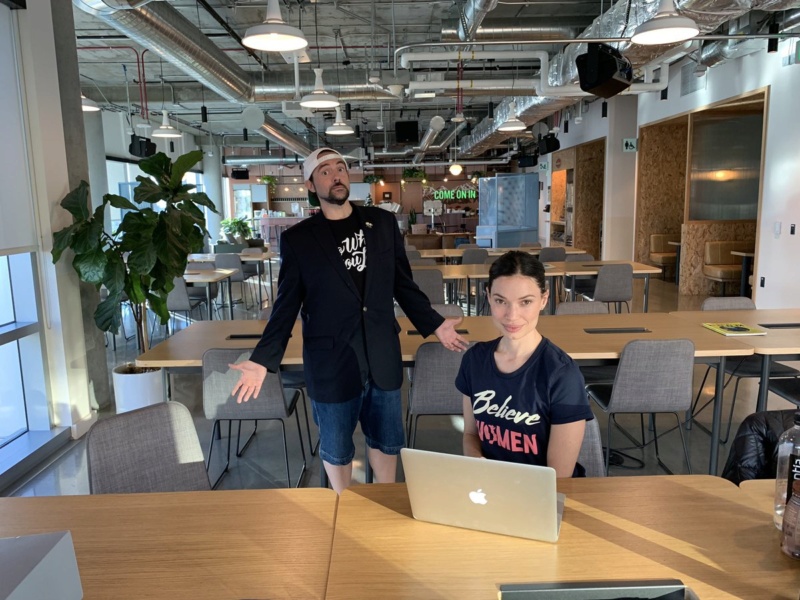